How much does it cost to steam clean a car engine? 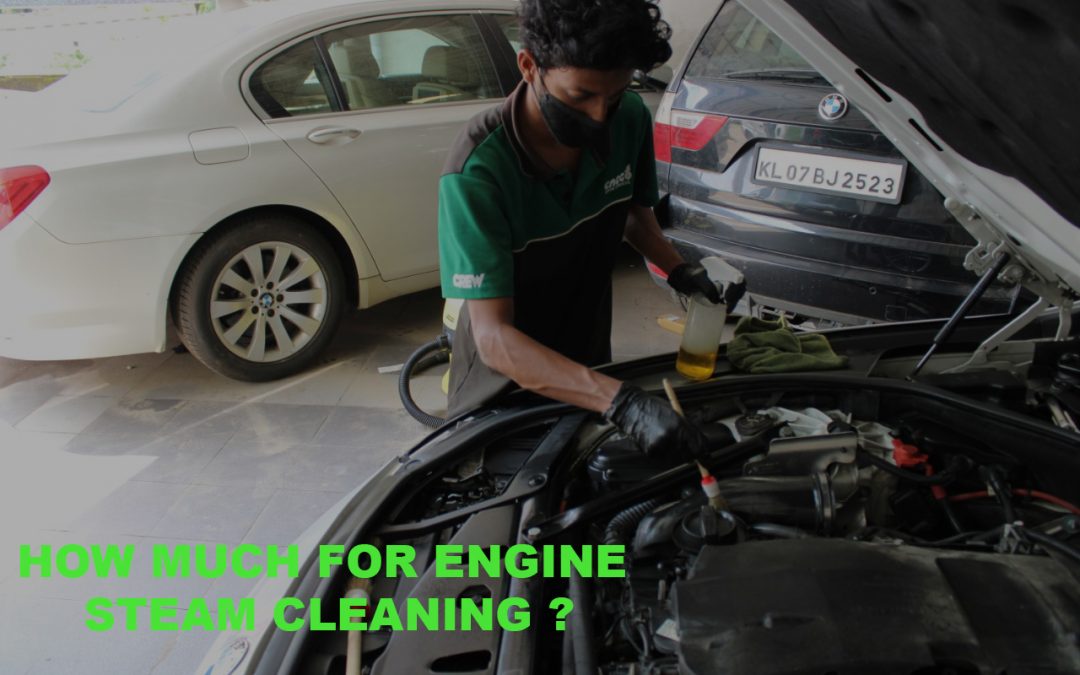 When we purchase a new car you know just how clean an engine compartment can look. he metal gleams, the black hoses glisten, and you can touch any surface and not come away covered in dirt, grease or oil. Conversely, every driver knows that it doesn’t stay that way long as things get nasty under there in a hurry—a fact we’re reminded of every time the hood’s popped to check fluids, do some work, or investigate a disturbing new noise, vibration, or smell.

Drivers clean their vehicles’ interiors and exteriors, but by and large tend to ignore the engine compartment, allowing grit and grime to accumulate over the years and miles. Engines are not designed to have grease build up on the surface as this can cause a lot of problems such as restricting the air flow on the metal, which is designed to keep the engine cool. While oily, greasy dirt that accumulates on an engine can trap some heat, it’s doubtful it would be enough to cause an engine to overheat or even run hotter than normal.

Why Keep It Clean

A clean engine compartment makes a used car look newer and better maintained, but that’s just one of the reasons. Let’s go through the other reasons which you might not have thought for getting your engine and engine compartment clean.

It’s easier to spot potential trouble before it becomes a major problem. If your engine is filthy, you’re not going to know if that small fluid leak has been there forever, or if it just appeared. Clean engines make leaks, cracks and other problems easier to spot.

The cost to get your vehicle’s engine steam cleaned by a professional detailer will all depend on the professional you choose, how much of the engine needs to be steamed cleaned and your geographical location.

With CAGGO Steam Car Wash Unit, get your entire engine steam washed, from top to bottom, by professionals @ just Rs.200 to Rs.300.