Basic parts of a car and their functions 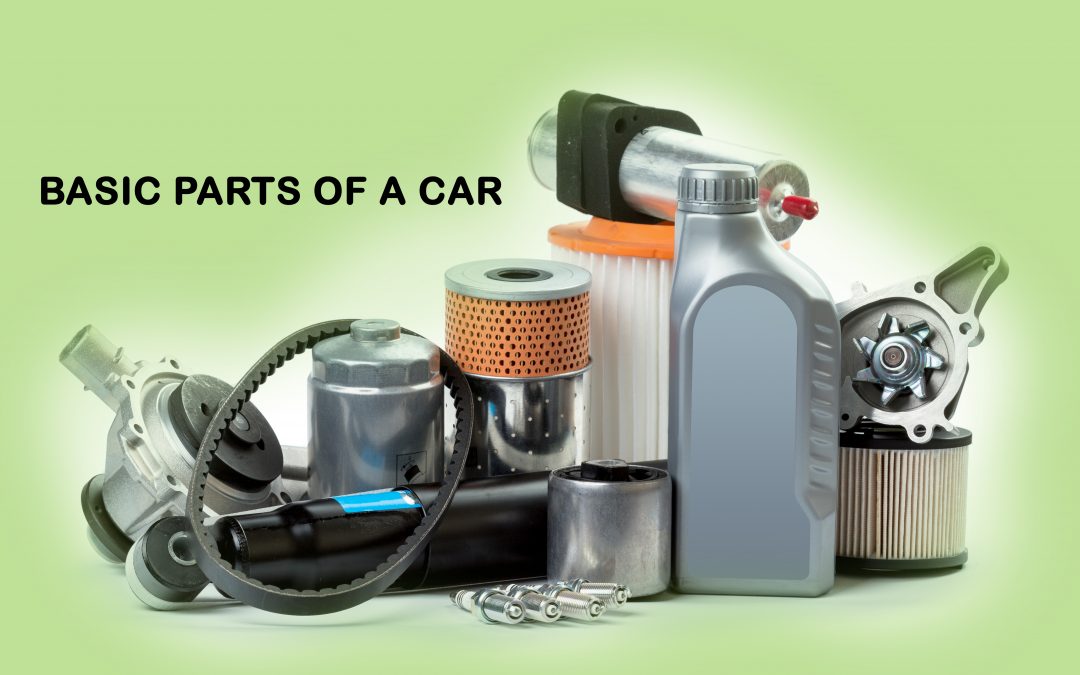 Even though you take your car to the service station or a well-known garage to fix the issues, it is always recommended for the car owners to have a basic knowledge of the components which are installed in it. A number of complex parts are installed in a car, which helps the car to function efficiently on long term. We all take care of the important components like engine, gearbox parts, steering and suspension, etc. but we usually forget about the common parts like radiator, AC Compressor, battery, alternator, axel, and so on.

Today we will go through these basic parts of a car and see how they work in a car.

The radiator helps to remove heat from the coolant in the cooling system so as to prevent your vehicle’s engine from overheating.Hot coolant is routed through the radiator, where the coolant can exchange heat with the passing air.

For general maintenance on the radiator, check your coolant levels twice a year.

AC Compressor plays a main role to pump the coolant throughout your car system which would help your car to get cool. This is essential so as to cool the vehicle from Summer heat.

With electrical energy stored, your car’s battery will have sufficient “juice” to supply power to the starter, which, when turned, helps to start your car’s engine. A problem with your battery, connecting points, wires or starter will keep your engine from running.

If you notice that your battery is not working and appears to be swollen, your alternator could have a faulty voltage and has overcharged the battery. Visit the nearest service station or garage and fix the issue.

The front and rear axles support a vehicle where the wheel hubs are attached. They are also a part of suspension system which are responsible for sending power to the wheels from the engine. CV axles have inner and outer joints with a “boot” on each end. Their failures are usually caused due to a broken or leaking boot.

Shock Absorbers are a hydraulic device used at each wheel of the suspension system to help control the up, down, and rolling motion of a car body by dampening the oscillations or jounce of the springs when the car goes over bumps, thereby contributing to vehicle safety and passenger comfort.

The transmission is a gearing device of a vehicle which provides variable ratios of the engine output and input. Even though automotive transmissions are more complex than bicycle transmissions, but they have similar basic function which allows the driver to select smaller or larger gears to optimize driving conditions without giving pressure on the engine.

The catalytic converter is an automotive exhaust-system component, made of stainless steel, containing a catalyst to reduce oxides of nitrogen, hydrocarbon, and carbon monoxide in tailpipe emissions. It is used to remove pollutants and make exhaust gasses less harmful to the environment.

The muffler comes just before the end of the exhaust pipe and is responsible for reducing the noise emitted by the exhaust system. It restricts exhaust gas flow, which leads to a quieter ride. Some mufflers restrict gas flow more or less, which results in quieter or louder exhaust noise respectively.

The tailpipe is the pipe that carries exhaust fumes from the muffler or catalytic converter to the rear of the vehicle.

A storage tank for gasoline that powers your vehicle.